October 27, 2017 — CPR Society presented the Lifesaving Award to Charmayne Tollefson, a student that used the knowledge and skills she learned in her CPR class (only 20 minutes after becoming certified!) to respond to a medical emergency and saving a victim’s life.

Charymayne wrote, “After I left my CPR class today, I came upon a car coming at me the wrong way. The car stopped at an angle partially in the lane. I felt something was wrong so I turned around and parked so no oncoming cars could hit him. I called 911, giving them our location,  and evaluated the driver of the vehicle, who appeared to be having a seizure and foaming at the mouth. He had a pulse, was opening and closing his eyes and breathing okay.  I put the driver’s seat back and positioned the gentleman in a recovery position so he would not aspirate (vomit). The ambulance arrived in a few minutes.” 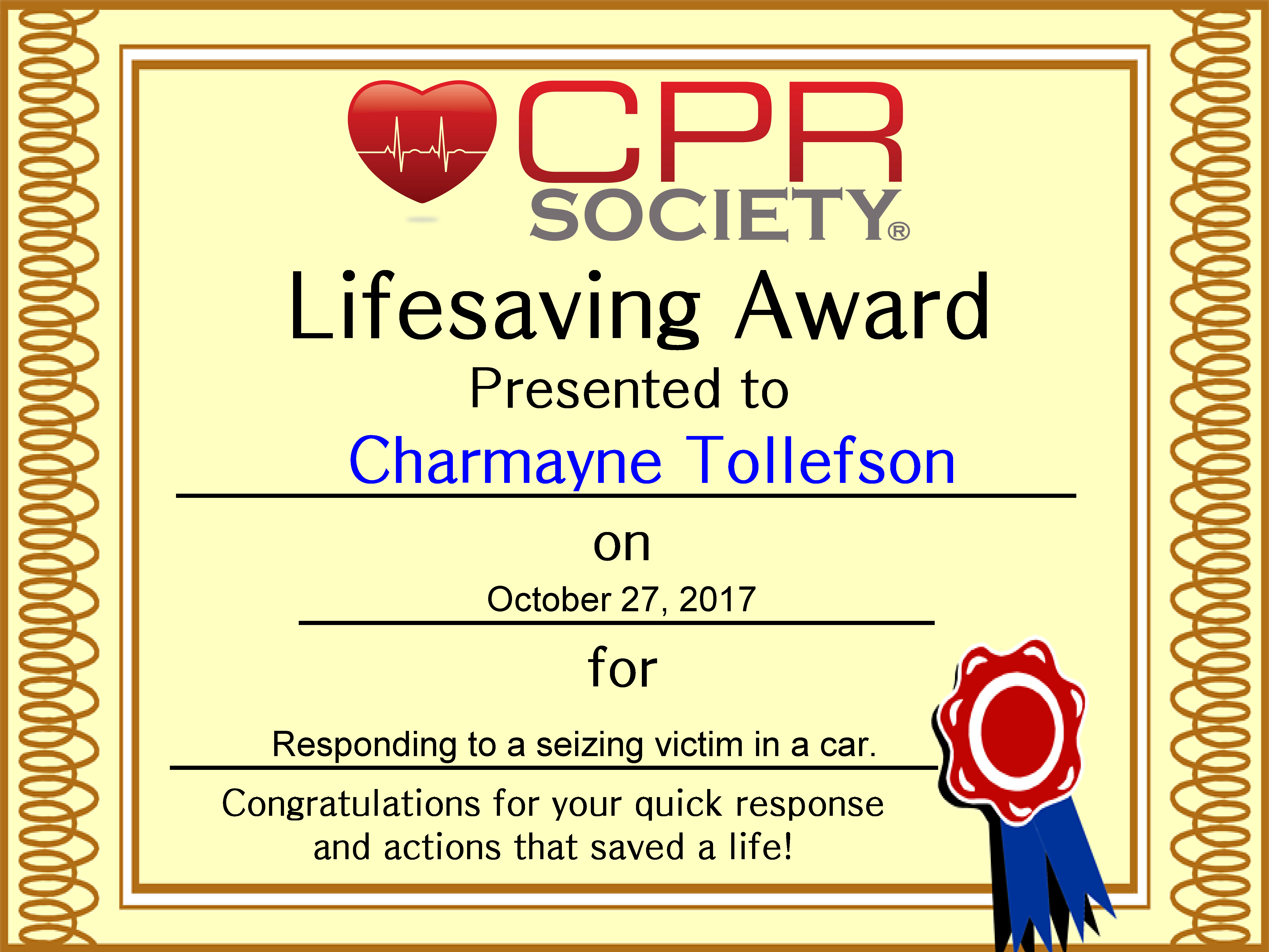